There is a persistent gender gap in educational attainment between boys and girls – and young men and young women – across Northern Ireland. Essentially, young men tend to under-attain. This is well known. It has been evident for over a decade. It is present at all stages of the system because the issues begin early and lock people of potential out of opportunity – young boys in particular.

The statistics for entry to higher education from Northern Ireland are stark: young males were 30% less likely than young females to enter in 2015: just over 50% of young female school leavers entered compared to 35% of young males.

We are not alone in this but we do have a deep-rooted problem. UCAS reported 27.2% of men, compared to 36.8% women, gained admission in 2016 across the UK. The Irish Higher Education Authority on the other hand, reported a small gap of 2% for undergraduates for 2015/16 and a greater one of 10% for postgraduates.

The problem is rooted deeply in male cultures and social capital. A complex convergence of prior attainment, socioeconomic disadvantage, and systemic biases are at play. Put simply: boys from areas of severe unmet social need are being left behind. In these areas, young male participation rates for Northern Ireland are a poor fraction of the population generally and an order of magnitude below that which would be expected from a completely fair system.

In this space, Ulster University is a major provider of social mobility. It has a near equitable socioeconomic profile of students and near equitable achievements (good honours classifications) across the same profile. Each quintile of participation is close to parity (20%) with the population generally. Despite this success, male participation rates in quintile 1 are the most difficult to affect because of the under-lying educational attainment issues.

It is for these reasons that Ulster University is embarking on Taking Boys Seriously: a long-term, action-research initiative. It follows a seminal study by the University in 2012 (Harland and McCready) which cited implications for teaching, supporting and working with boys; and identified Year 10 – boys aged 14 – as a pivotal intervention stage.

The new research will scale-up for Northern Ireland with large cohorts followed longitudinally with partner schools and communities.  Key will be evaluation of educational and social interventions that promote better connections between the educational, family, and community contexts of young boys as well as their social, emotional and developmental needs to become confident and successful young men. 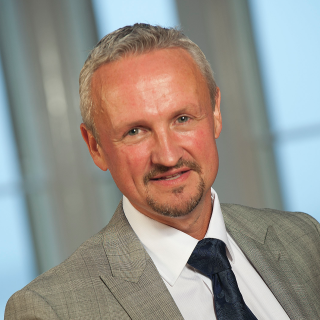